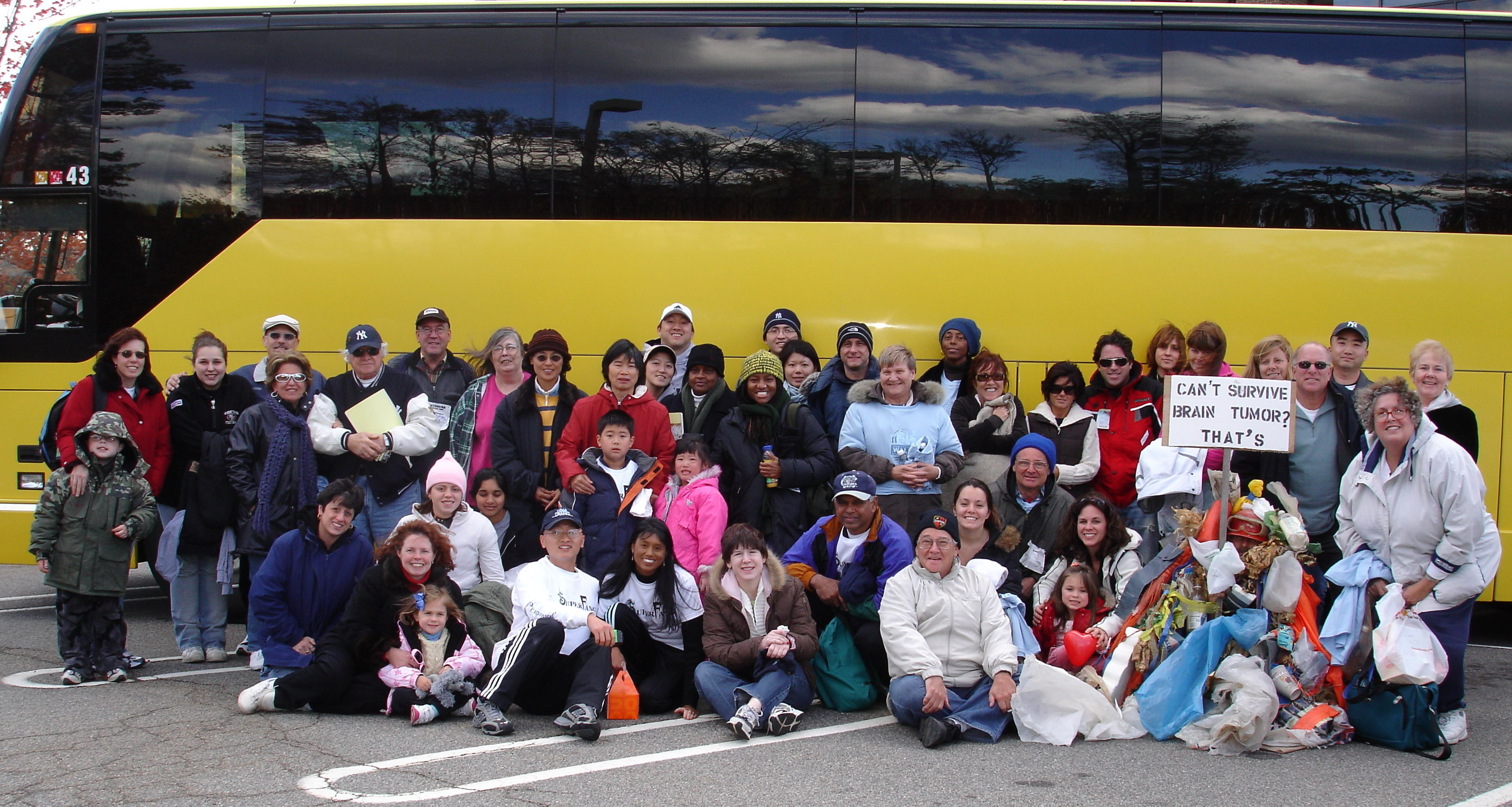 The 47 bus riders to the HaveAChanceWalk October 29, 2006.  Although it was very windy, no one was blown off the bridge.  There were over 2100 walkers and $1,000,000 was raised for Have A Chance and the Brain Tumor Society.  We met a great bunch of people and had some nostalgic moments meeting old friends and group members.  I heard members on the bus saying "Next year I think we should....:" Great attitude!   For more pictures click here.

Thank YOU for making the walk such a success!   Donations can still be made to the walk until the end of November at www.haveachancewalk.org 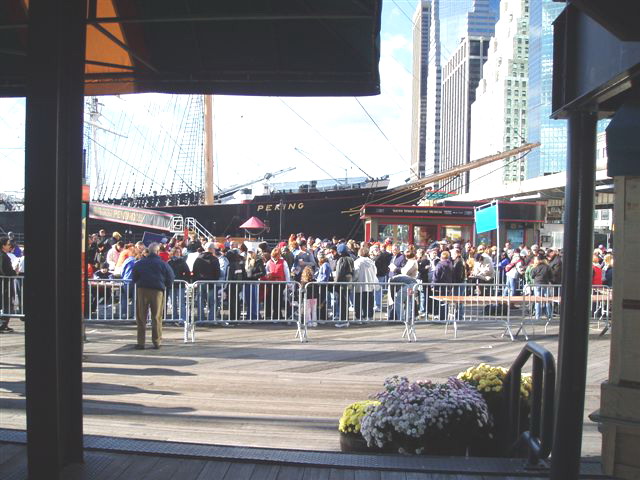 Everyone line up to register 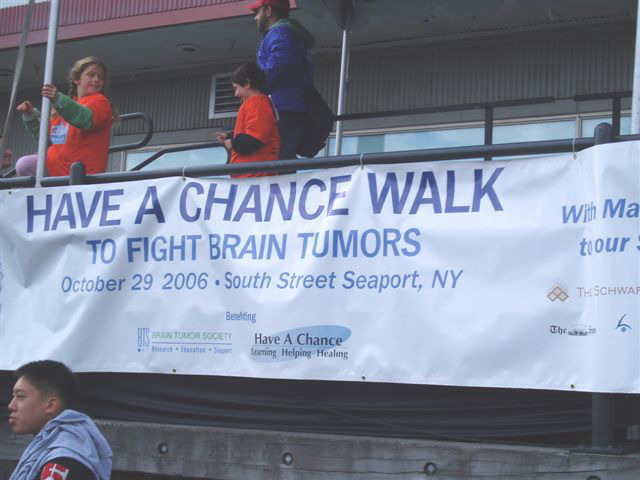 The banner at the podium (Suzette's picture) 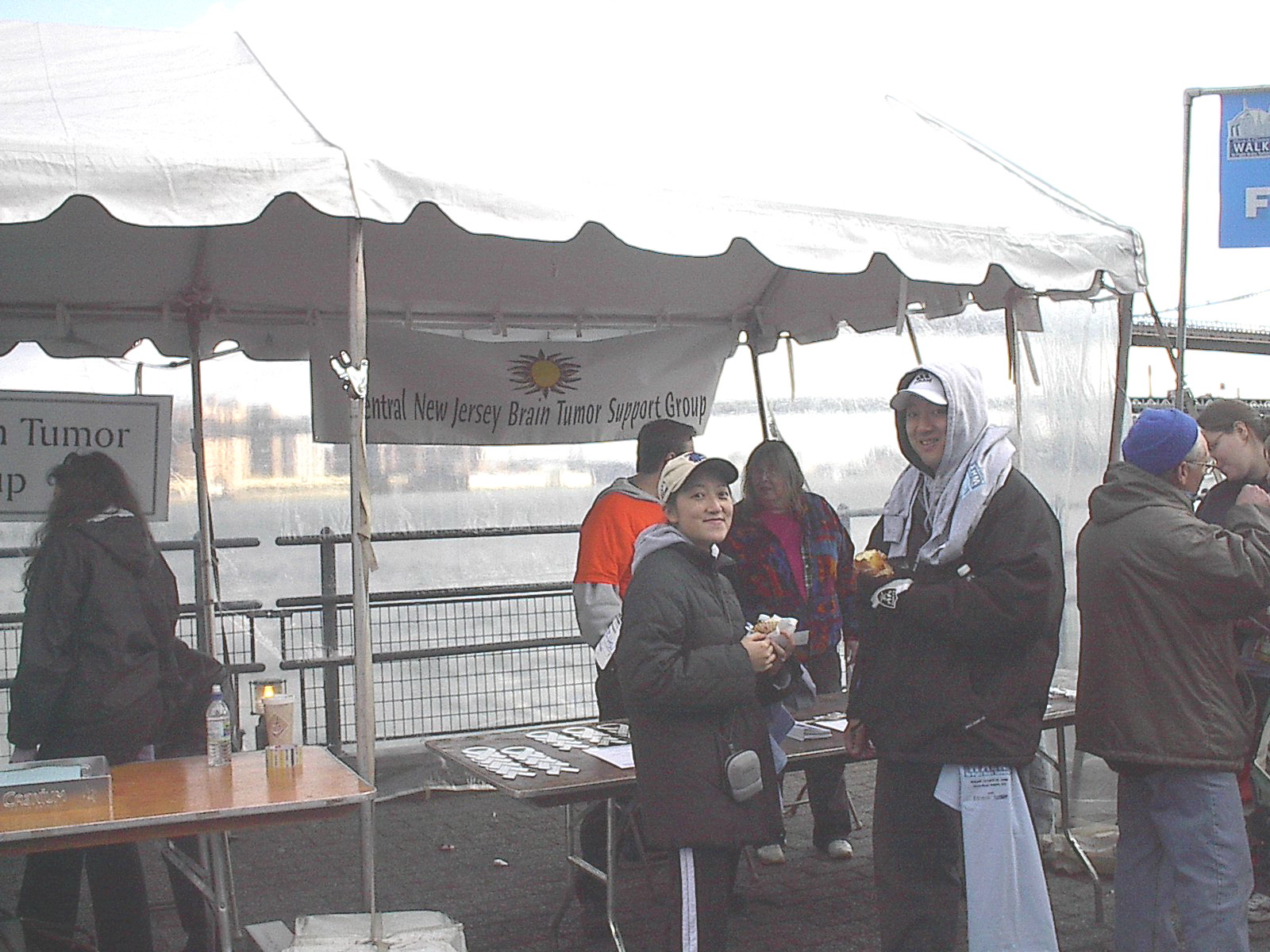 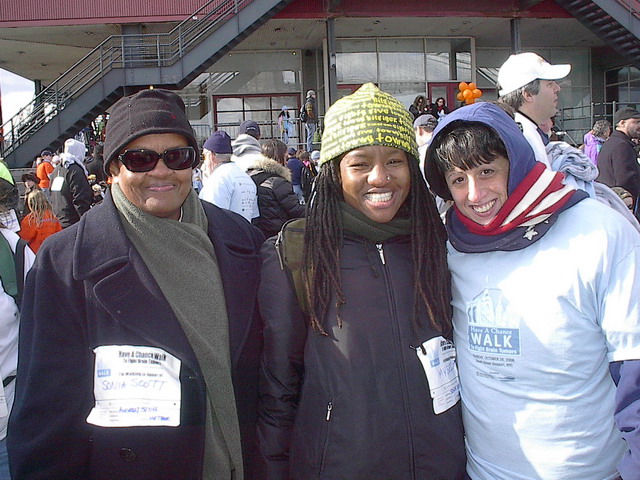 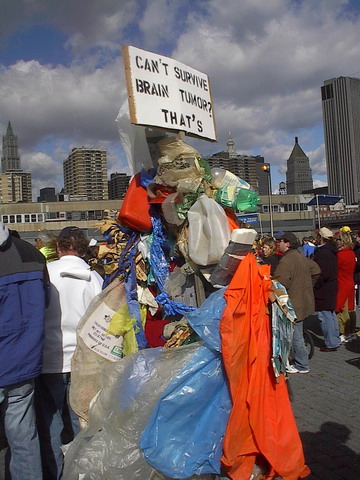 Farmer Mark in his Halloween Costume. 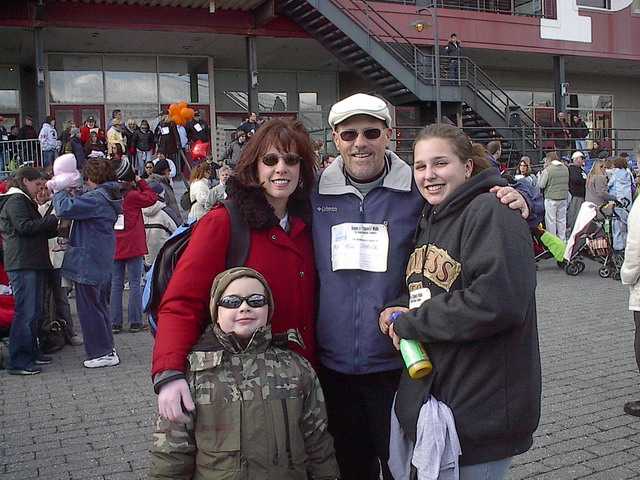 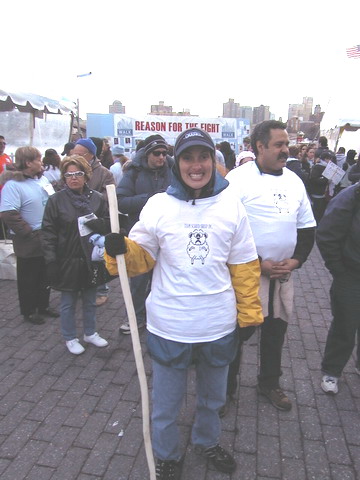 Kat at the start. In the back I see Milka & David and Ed & Arlene. 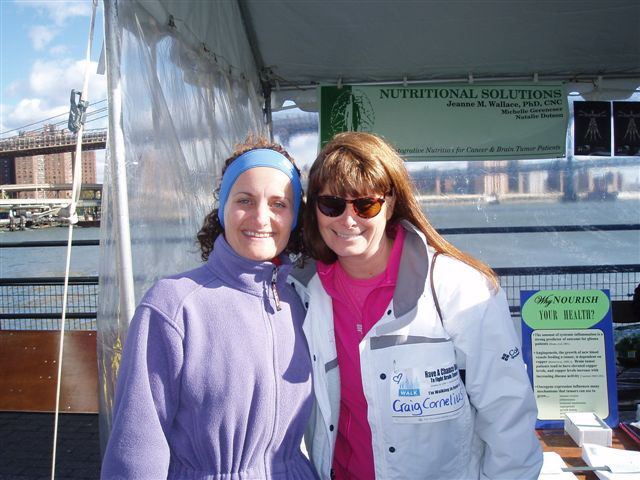 Michelle from Jeanne Wallace's office (Nutritional Solutions) and Suzette, friend of Craig who has a  gliosarcoma.
Suzette is on the BRAINTMR list. 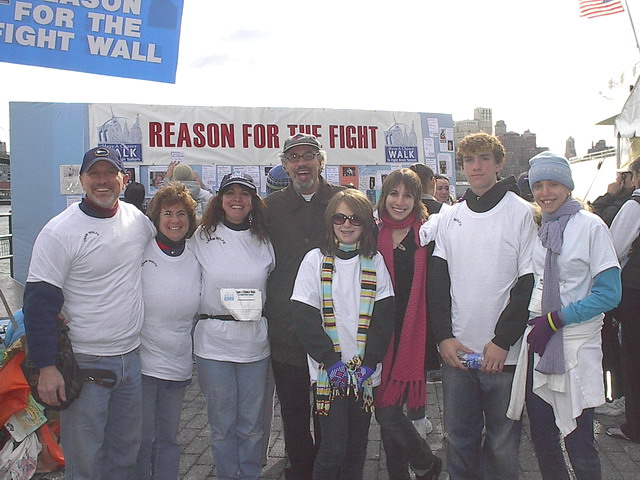 The "Team Wolfe" walking in memory of Scott. 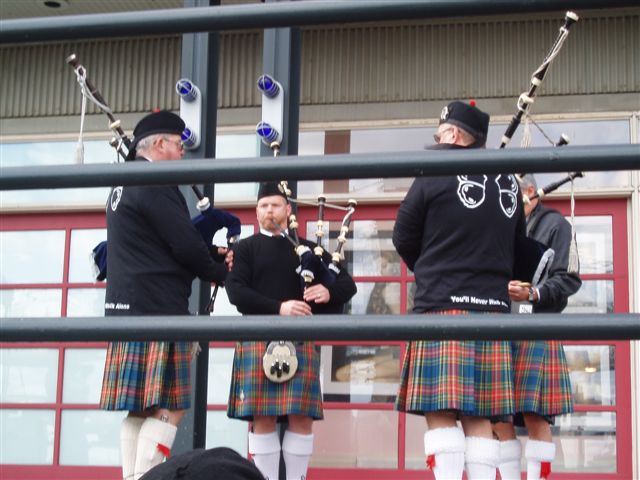