The December 4, 2003 meeting was our annual holiday party.  We just have an old fashioned "pot luck" dinner.  Members bring whatever food they wish to share with our group members.  We had such a variety of foods and if anyone wend away hungry....it was their own fault.

I hope everyone had a great time, I know I did. And I believe everyone in attendance took home at least one auctioned item. Here are some pictures that were taken at the party. 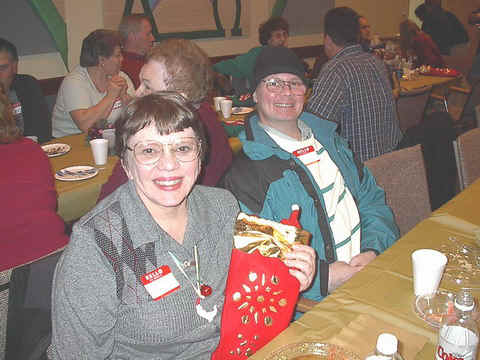 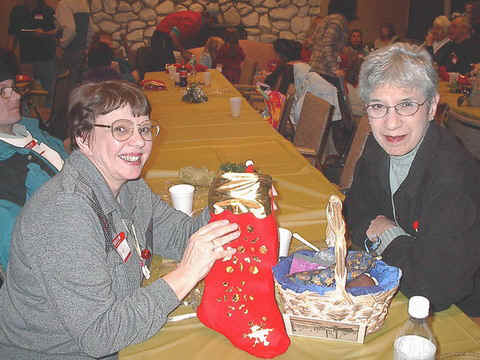 Kevin (in background) and Barbara Kaplan with Evelyn Shaw 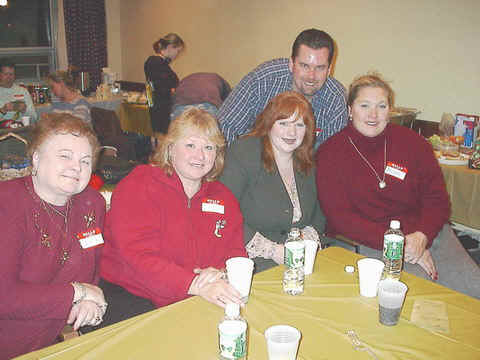 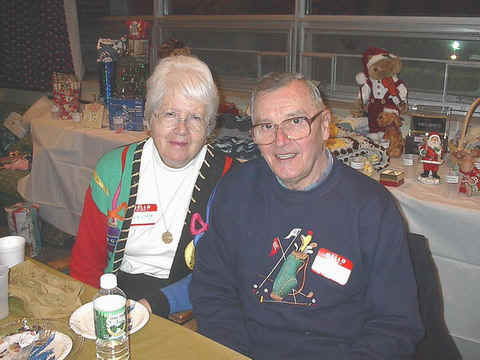 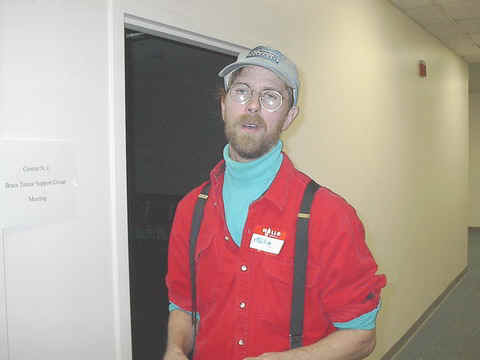 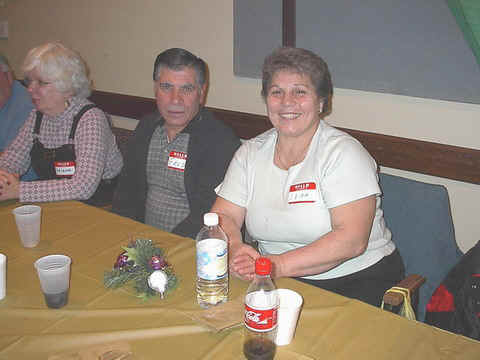 Fred and Lena Esposito.   Lena is an original member of the group when it was founded in 1991. 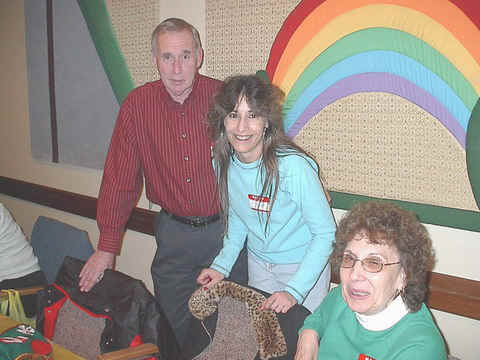 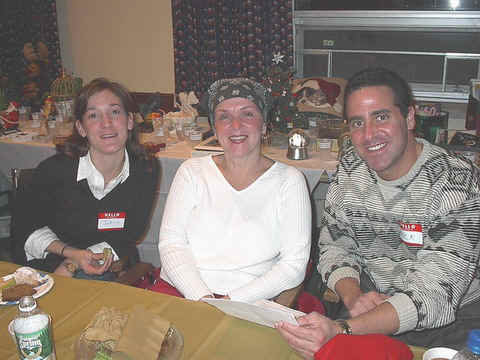 JoAnn Sei, her mother Barbara Tona and Rick Miller the representative of Guilford Pharmaceuticals the makers of the Gliadel Wafer. 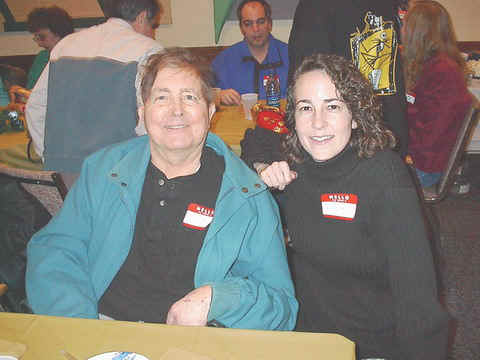 Joe Jerreris and his daughter Amy 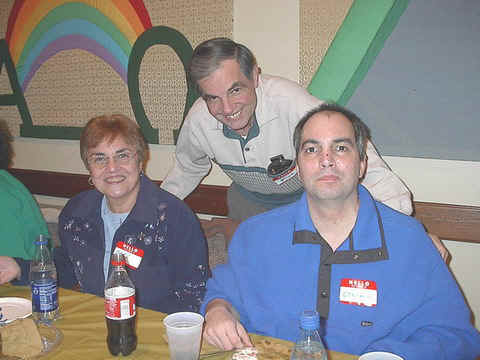 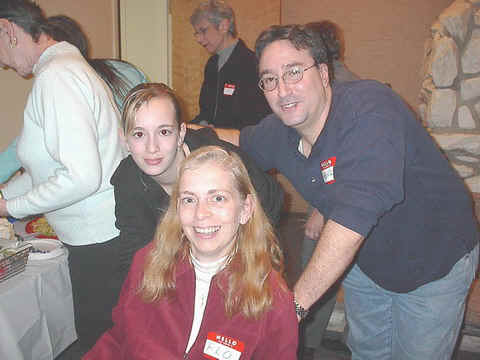 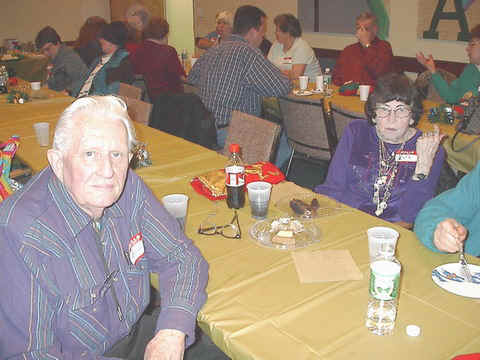 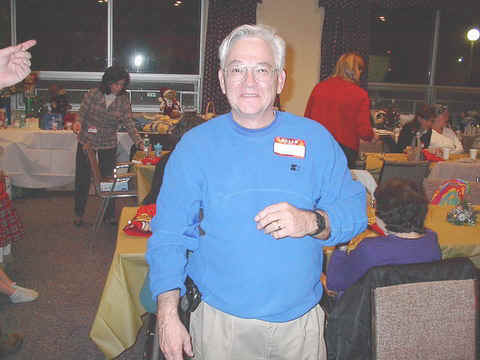 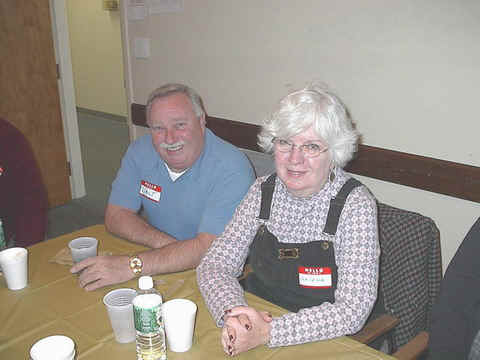 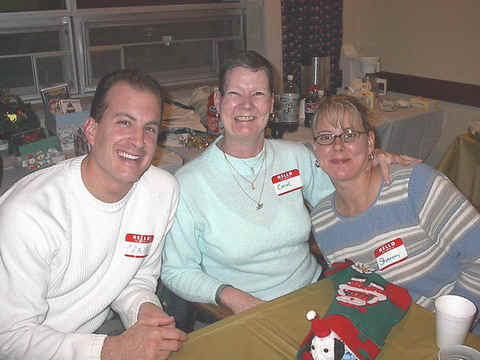 Craig Yannuzzi, Carol and Sharon Marosi.  Craig is also a  representative of Guilford Pharmaceuticals the makers of the Gliadel Wafer.

Here are pictures of the items in the silent Auction 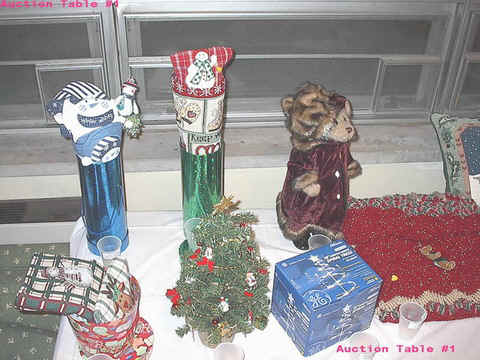 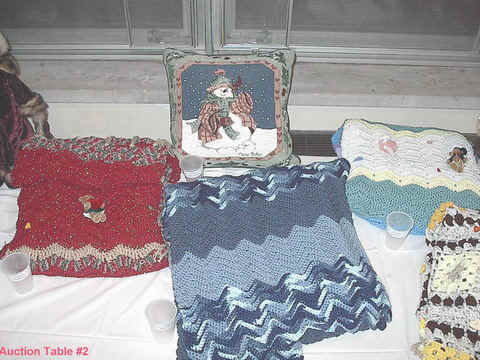 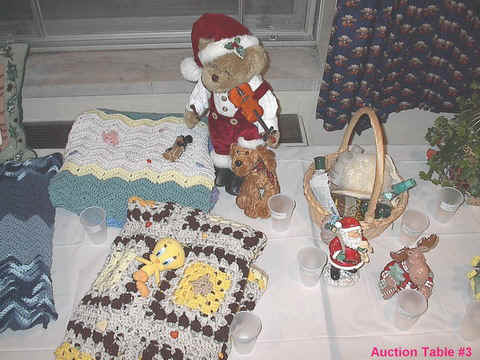 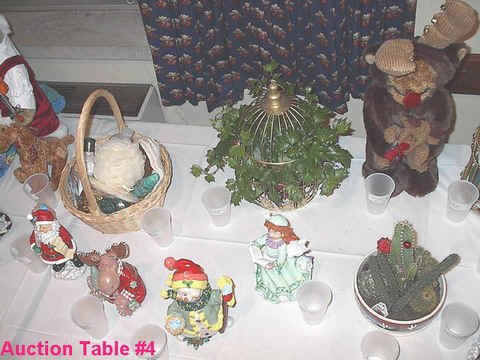 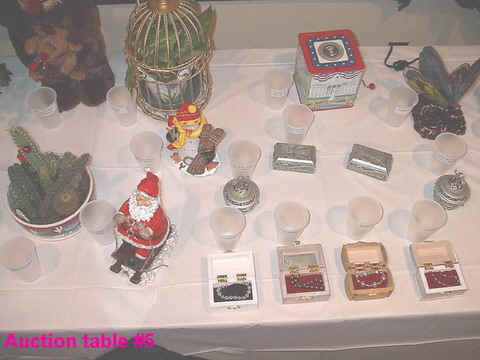 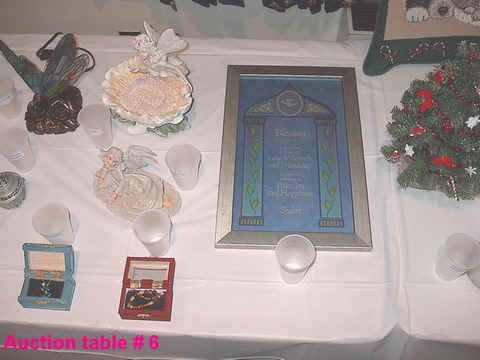 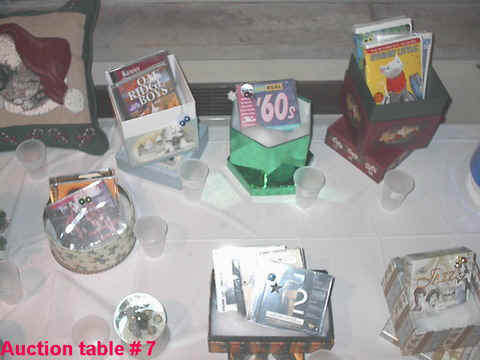 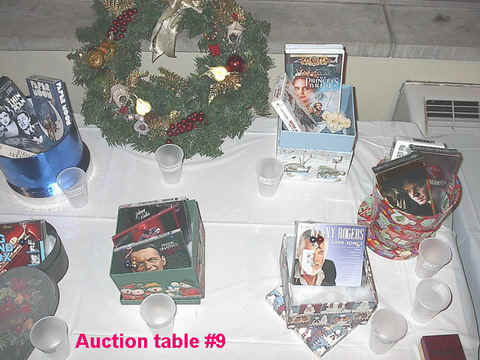